This post should really be called “Day 3.5-4”, because at the end of day three we picked up a rental and drove overnight to Bergama. But it wasn’t that easy. First, two of our group members went to get the rental van from the airport while the rest of us roamed around Istanbul. Except the rental van pickup was a minor fiasco which led them to be three hours late for our meet-up time, and half an hour late for our dinner reservations with Snigdha and her sister. They appeared at the restaurant when we had begun to formulate emergency location plans. Needless to say, I was relieved to know they were ok — and had a van.

After dinner, we packed up the van and headed out of the city toward our first destination: Bergama, home of ancient Pergumum. But it turns out the GPS we rented for the van wanted to take us down back roads and country roads. (It also resulted in me peeing on the side of the road behind a truck.) After almost seven hours of winding down gravel roads overlooking cliffs and not ever really knowing if we were on track, we arrived at Bergama. It was 7:00 in the morning.

None of us slept more than an hour during our ride from hell, but we managed to get a second wind in time to explore the city. Bergama is the home to The Red Basilica, one of the places John said counted it one of the seven churches of the apocalypse and would be the thrown of The Devil. We didn’t get to go inside because it was being renovated, so we’ll see how that works out for mankind.

Then we walked around some ruins that were laying about, and I peed inside the remains of an old roman house. Seeing a trend here? Finally, we trekked up to the reason we came — to see the ruins of Pergamum. We started the hour walk to the top of the mountain, but before we got halfway a security van pulled up and asked if we needed a lift. So we hopped in the van and jetted our way to the top. We spent about two hours at Pergamum and actually got to walk in and around and on top of the ruins, including a 10,000 person amphitheater. Epic.

Then there was lunch, three of the boys experienced a Turkish bath, and we hopped back in the van to head to Selçuk, or modern day Ephesus. And it is there that I write this, cozy in our amazing hostel, Homeros Pension, after having a home-cooked meal by Momma Homeros and getting the chance to relax after 36 hours of venturing.

Let’s do it all again tomorrow! 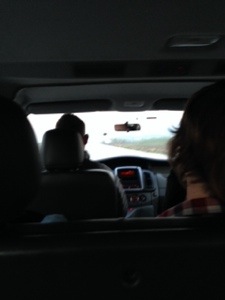 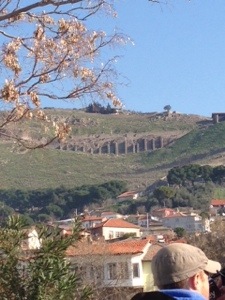 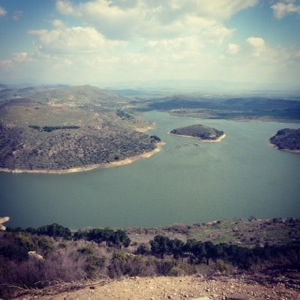 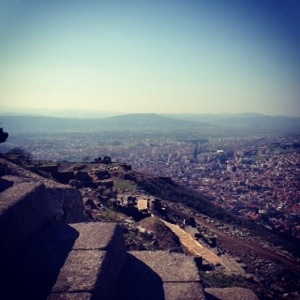 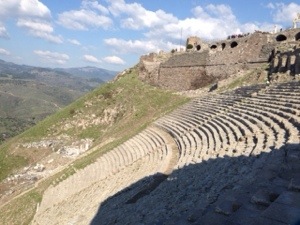 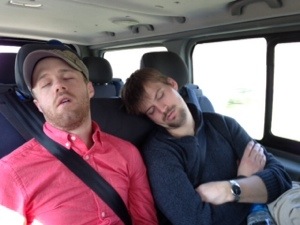 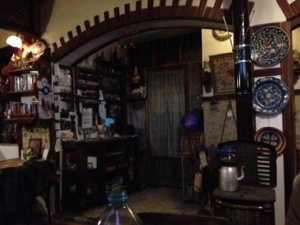 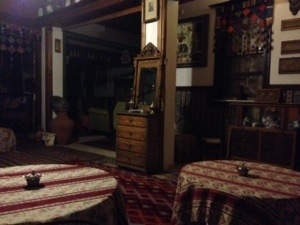 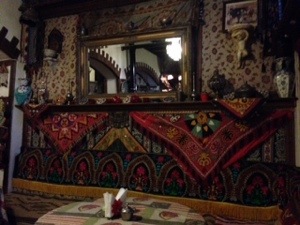